A Graphic Demise of the U.S. dollar

Back in the 1970s when I was in college, the United States was experiencing price inflation and as an economics major, we studied money and inflation. In fact, my dad even wrote a book about inflation. As you can see from the following graph, the price inflation rate was in excess of 10% at times.

Since then, 3 things have happened:

Based on this information, we can see that price inflation has recently ranged from 5 to 12%.

As the following graph shows, the Fed has increased the quantity of U.S. dollars. The question is: will we see more price inflation, as a result of the increased volume of dollars, or will the world-wide demand for U.S. dollars dampen the tendency to raise prices? Notice the blip in dollar supply back in the 1970s when we had 10 to 15% inflation…do you see it? I don’t. But I see the more recent spike.

By the way, the European Central Bank is also increasing its supply of Euros. See below:

We might look to the price of gold as an indicator of things to come as it is an international barometer of prices and safety. The following graph shows the price of gold in U.S. dollars. As we can see, the price has recently hit an all-time high in nominal dollars.

However, if we adjust for inflation, as the following graph shows, the price is nowhere near its previous peak from the late 1970s. 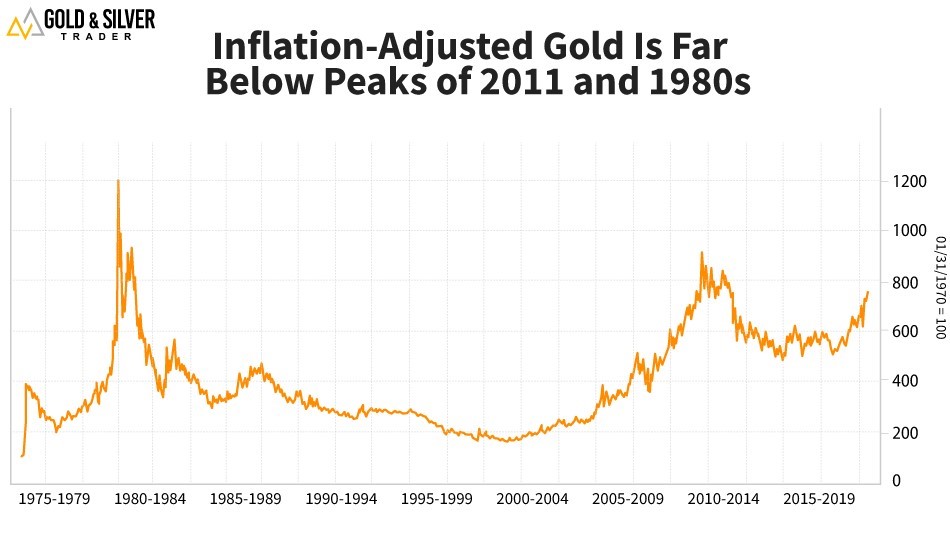