The Tax that is Obamacare

On June 28, 2012, the U.S. Supreme Court upheld Obamacare as a tax.  As with most taxes, money is taken from the more productive people and given to the less productive people.  This does two things:

Of course, this is nothing new for the United States…it has had a progressive income tax since 1914, Social Security since 1935, and Medicare since 1965.  These are all taxes on the same income (look at your paycheck stub) and they are all disincentives for the more productive members of society to produce more in the United States.

And now we have The Patient Protection and Affordable Care Act, otherwise known as Obamacare.  Obamacare expands the pool of eligible health insurance participants to include “everyone”; i.e., the more costly individuals to insure as well as the less costly people to insure.  “Everyone” includes the people who were previously, for one reason or another, not qualified to receive health insurance, couldn’t afford it, or didn’t want it.  Of course, someone has to pay for the health insurance coverage of the people who previously weren’t covered and that would be the more productive people; i.e., the “rich.” Payments will be made either directly through higher insurance premiums, or indirectly through government subsidies that are covered with other taxes.  And if you don’t want to participate, you pay a fine.  As always, the idea behind this tax is to tax the rich to give to the poor.  At some point, however, the rich either become poor, too, or they leave the high-tax jurisdictions for lower taxing jurisdictions.

Unfortunately, Obamacare isn’t simply a straight-forward tax…it also interferes with a service; i.e., medical care.  This means that it also affects the quality and quantity of healthcare that will be available.  As with everything a government touches, the touched service becomes less efficient.  (Compare the U.S. Postal Service with UPS or FEDEX.) That’s because governments and their employees have no incentive to be efficient…they are not trying to earn a profit.  They do not need to keep costs down and earnings up.  They only have to mindlessly follow the law, whether it makes economic sense or not.  (It usually doesn’t, otherwise the market would have done it without any law’s being passed.)  So if Congress, in all its wisdom, decides to increase the cost of doing business by requiring employers to pay their employees more than they produce (minimum wages), then businesses will fail (or never get started) because their costs are higher than their incomes.  It’s really quite simple!  To the extent that costly laws are enforced, they cause unemployment and bankruptcy….Obamacare extends this practice to medical care.

Obamacare will do this, and more as well… it will restrict how much doctors will be able to charge their patients.  Consequently, not as many people will want to become doctors…the lower rewards won’t outweigh the costs (years of study and long hours of practice).  In time, there will be a shortage of doctors in the United States.  At that point, health care will become rationed and may not be available to the poorest people, even though they have health insurance…what good is health insurance without doctors?

In ten years, when this becomes obvious to our leaders in Congress, they will try to encourage more people to become doctors by providing grants, scholarships, and “free” loans to medical school students.  Standards for admitting students into medical school will also be lowered.  And finally, the entrance exams used to admit new doctors to practice medicine will be watered down to admit poorer quality physicians into the practice of medicine, in an attempt to provide more doctors. 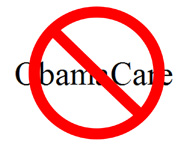